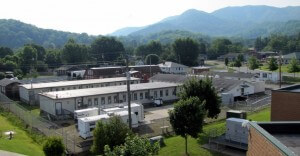 A work date will be set sometime before October when Pennington and his crew to visit the community to help convert a former prison into transitional housing and a soup kitchen.

Haywood’s entry in the finalist round was the top vote-getter, racking up more than 3,316 votes. The second of six finalists, a project to build a sustainable agriculture community in Western New York for those with autism, had 1,766 votes. The other four finalists had less than 1,000 votes. The community support was only 20 percent of the judges’ decision on the projects. Other factors include the impact to the community and the plan in place to execute the idea.

Nick Honerkamp, the senior pastor at New Covenant Church and president of the Haywood Christian Emergency Shelter, said he was nervous about the outcome earlier in the week.

They called Thursday and I never heard back from them,” he said. “Then when they called today to say we’d won, I couldn’t tell anyone until it had been announced nationally.”

That happened shortly after 1:30 p.m. — just in time for Honerkamp to announce the results to the Waynesville Rotary Club where he was speaking about the project and selling tickets to a fund-raising gala to be held on Aug. 28.

“Everyone in the room erupted in applause and excitement for our whole community,” he said.

The Guaranteed Rate/Ty Pennington contest first came to the forefront when Pasty Dowling, director of Mountain Projects, saw details about the contest in a subscription newsletter for nonprofit organizations.

After some discussion, parts of the grant application were prepared by Dowling’s agency, and other pieces were put together by a group Honerkamp assembled.

“The exciting thing was we were late in getting it submitted for the first round of voting. Everyone was had theirs in several weeks before us, and we still won,” Dowling said. “To me that shows that our community is all about — how we rallied behind this is what is so exciting.”

Both Honerkamp and Dowling said the community will still need to come up with additional funds to complete the project. Several events are planned, and other organizations in the community are putting efforts and funds behind the project, as well.

Honerkamp said the contest organizers congratulated the community and said there will be several days to celebrate.

“They said they will call early next week to start talking about what the process will look like,” Honerkamp said. “Meetings with the county and the town will define how quickly we meet their requirements to be able to get moving on this project.”

While Honerkamp said he is very excited about receiving the $50,000 grant that’s part of the contest, he’s more excited by how the project has sparked action by all in the community, from churches to businesses to organizations to individuals, to unite behind a single goal.

“We live in a very unique community,” he said. “There’s an awareness of what’s happening in this community and all are working together to tackle problems no one entity can handle alone. I’m excited we might be able to inspire other communities to come up with innovative solutions.”