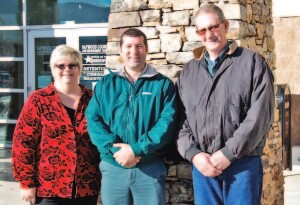 Sold! How the old state prison was unloaded for just $1 At first blush, the shuttered state prison in Waynesville looks more like a military barracks or summer camp bunkhouse than a prison — except perhaps for the concertina wire around the perimeter and guardhouse at the entrance. But for decades, the tiny, minimum security prison went largely unnoticed, tucked down a dead-end side street smack in the heart of a working-class Waynesville neighborhood. With many of its inmates on work release, it seemed more like a hybrid prison and probation office than a traditional
detention center.

These small, down-home prisons were once found in nearly every county in the state, making it easier for low-level offenders to do their time close to home while also providing local governments a labor pool for road and maintenance work. But over the past decade, the state has consolidated these smaller prisons into fewer bigger ones, citing efficiency. The one in Haywood was a relic, among the last hold outs of its kind when it was finally closed in 2011.

County leaders promptly began eyeing the 128-bed prison and its two-acre campus. It abutted the county jail and sheriff’s office and would surely be useful for something, perhaps even an extension of the county’s own jail one day. So the county struck a deal with the state to buy it for just $1. The state was happy to unload it, and the county was happy to get it. But the idea of using it as an extension of county’s current jail quickly fell flat. The cost of upgrading the old prison to meet modern jail regulations would cost upwards of $1 million. One thought was leasing beds to overflow inmates from other counties. But at $30 a night per inmate, it would be a mighty slow rate of return for the upfront cost.

“At $30 a day it would take you a long time to get your money back,” Haywood Sheriff Greg Christopher said. And that’s assuming there is even a demand for housing overflow inmates from
other counties — which there isn’t. Most counties in the region have replaced their undersized, antiquated jails with new ones in the past decade, with  plenty of space of their own.
Now, the old prison is deteriorating and will eventually be a financial drain on the county in terms of maintenance and upkeep.

“If we don’t do something with the facility pretty quick, it will end up being a big cost to the county to haul it all off,” Christopher said. Along came the idea of converting the old prison dorms into a homeless shelter  and halfway house, run by faith-based groups that would in turn foot the cost of maintenance and upkeep.[/html]