Being incarcerated and not knowing what your future may hold is a terrifying experience, but being released from jail and having no resources to get back on your feet can be even scarier.

It happens every day. People are released from jail without a job, without money, without a place to live and now with the extra baggage of a criminal background.

How are they to overcome their past without the resources needed to secure a better future for themselves? A person’s prospects are more limited when they are struggling with mental illness or addiction, which is why the jail has become a revolving door for the same habitual low-level offenders.

High recidivism rates at the Haywood County Detention Center, some of which can be attributed to the lack of mental health services and the opioid epidemic, is the reason the Haywood Pathways Center exists today. Sheriff Greg Christopher grew tired of seeing the same people returning to jail again and again because they didn’t have anywhere else to go.

The Pathways Center — located adjacent to the jail — now provides people with a safe place to stay while they get their life back together after being incarcerated or being homeless. Even though the facilities are next to each other, Pathways Executive Director Mandy Haithcox said there’s still been a disconnect and a difficulty in transitioning people from the jail into the program.

“We had a case manager who would come over to the jail twice a month and talk about our programming and just hope they come to us after they get out,” she said. “But now we can walk them over here after they’re released.”

The missing puzzle pieces now in place are two peer specialist case workers who are now in the jail five days a week, working with inmates and helping them come up with a plan of action for when they’re released. And who better to help people overcome the hardships of drug addiction, mental illness and incarceration than people who’ve gone through it themselves?

“That’s the beauty of having peer support specialists — I have the training to help people but I’ve never lived through it,” Haithcox said.

CJ Deering and Rick Marvin have seen it all. They’ve been there, they’ve seen what addiction can do to people, but somehow they’ve come out on the other side and have dedicated the rest of their lives to helping others through it.

Marvin is a recovered addict and alcoholic who has been sober for 13 years and has been a counselor for 10 years. A former U.S. Marine, Marvin was part of an outlaw motorcycle club most of his life, but his life changed when tragedy struck in 2005.

He trained as an interventionist and put himself in positions no one else would to help people, including walking into crack houses in Toledo, Ohio, to reach out to addicts. He began working inside the Florida prison system five years into his sobriety and designed a recovery program in Palm Beach before moving to Haywood County two years ago.

After meeting Sheriff Christopher at a recovery rally and talking about the program he created, Christopher allowed Marvin to volunteer inside the jail to help male inmates suffering from addiction. When the opportunity came up for a paid position through Pathways, Marvin said it felt like where he needed to be.

“The relationship with these inmates feels natural — I have a different rapport with them than a lot of people do,” he said. “I don’t get intimidated — I do have some fear sometimes — but I know a lot of these guys and I’ve been where they are.”

Deering is in long-term recovery from drugs and alcohol, celebrating 40 years of sobriety next month. She ran a recovery program when she lived in California and started what is now the largest recovery meeting in Haywood County when she moved here six years ago.

Though she’s never worked inside a detention center before, Deering said she’s been amazed at how receptive law enforcement and inmates have been to the new program they’re trying to implement.

“Everyone here has been so wonderful. The sheriff’s department has been extremely supportive,” she said. “What we see in here is a lot of repeat offenders because of drugs. Nearly every woman I’ve worked with is addicted to opioids, meth or heroin.”

Though Deering and Marvin have only been inside the jail now for two weeks, the stories they’re hearing are heartbreaking tales of misfortune, trauma and tragedy that have led the inmates to where they are today. Deering said some of the women she’s talked to aren’t in jail for a major or violent crime — they’re in because they’ve had a long list of minor offenses and they can’t make their bond to be released.

“We have a habitual female looking at 24 years in jail for little things that just keep adding up,” Deering said.

Haithcox said it’s not surprising. Statistics show that some 90 percent of women incarcerated have experienced some kind of trauma as a child, usually physical or sexual abuse.

Marvin said the men in jail have often grown up around drugs — many times it’s the only money-making enterprise they’ve known within their family.

These can be hard cycles to break. Even if someone with a substance use disorder is in jail long enough to detox, they lack direction when released and go back to the same destructive behaviors that landed them there in the first place.

“We’re just interrupting the cycle in jail but we’re not breaking it,” Marvin said. “We have the highest recidivism rate in North Carolina right now.”

Hopefully working one-on-one with the inmates and helping them come up with an action plan for when they’re released will better prepare them for life on the outside. Deering said she and Marvin can direct people to the Pathways Center upon release, Appalachian Community Center’s Balsam Center, intensive outpatient services through Meridian Behavioral Health Services or an inpatient rehabilitation center in Black Mountain.

The problem remains that there aren’t enough rehabilitation centers in Western North Carolina, let alone rehabs that will take patients without insurance. A majority of the inmates are indigent and can’t afford a private-pay facility.

“Peer support is a big chunk of it, but we still have a shortage of recovery and treatment options to go along with it,” Marvin said. “We’re missing that piece. A lack of housing and public transportation is another piece where we’re lacking.”

The few free resources available — like Pathways, Balsam Center and Clean Slate Coalition in Sylva — are at max capacity with waiting lists.

“If they get out of jail and need a safe place to live, I can refer them to Pathways and hopefully there’s room for them,” Deering said. “There’s not enough resources.”

Haithcox said Pathways is reserving four beds for referrals from the peer specialists but the rest of the male and female dorms are currently full. Pathways is in the process of adding a family dorm to house mothers with children that should be up and running sometime this winter.

Marvin said being inside the jail talking to inmates every day about their cases has also led to he and Deering being able to help relieve the detention officers of some requests from inmates that’s not in their purview — things that don’t take top priority but can mean a lot to inmates.

“An inmate’s reading glasses were broken, so I went and got him a new pair so he can read. I’m dropping off work applications for someone when I leave here today,” Marvin said. “There’s also a kiosk emailing system where inmates can email us with requests we can work on.”

Pathways was able to hire the two peer support specialists for the jail as well as two specialists to work with Pathways participants thanks to a state grant from the North Carolina Department of Health and Human Services.

“We were recognizing the opioid epidemic and looking at how can we work together to reduce the impact of that and also recidivism,” Haithcox said. “Our goal is to make sure we’re helping to impact folks so they aren’t just returning back to the negative circumstances from which they came. Pathways is about break cycles and build foundations.”

Pathways was one of only 12 agencies in the state to receive the one-year grant funding. Haithcox said her hope is that the program being created will be successful in meeting its goals so that they state will fund it for another year or to build enough community support to fund it through private donations.

“We got the money in July, hired the peer specialists at the end of August and we hope to have the program in place by Oct. 1, so we’re figuring through what we’re doing right now — seeing who’s here and what their needs are so we can be as successful as possible,” she said.

Incarcerating someone in jail costs taxpayers an average of $78 a day while one night at Pathways costs $20 and is funded through grants and private donations. If the program can help people overcome addiction and reduce recidivism rates at the same time, it’s a win-win situation for the community as a whole.

“You’ve heard it takes a village to raise a child. That also applies to an addict,” Marvin said. “All of us have hit that bottom and some of these people need a push.” 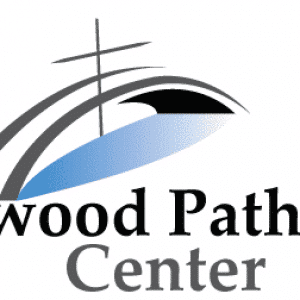